What Are the Odds: The Americans Edition

With three episodes remaining in final season of The Americans, it’s time to take a look ahead at who will and will not survive to see the 90s. Here are the odds for the remaining main players:

Philip -- I find it unlikely that at least one of Philip and Elizabeth will not make it and my money would be on Philip. He seems more likely to suffer emotionally than actually be killed off. Philip’s destined to be Michael Corleone on the opera house steps at the end of The Godfather, Part III.
- (odds of dying -- 3:1)
- (odds of more happy line dancing -- 100:1)

- (odds he torches the travel agency for the insurance money -- 4:1)

Elizabeth -- Anytime a character carries a cyanide pill around for half a season it will be used. But who exactly will use it? Probably not Elizabeth, but she has been on a path to give her life for her country since day one.
- (odds of dying -- 1.5:1)
- (odds she already has lung cancer -- even)

Paige -- I used to believe that the series would end with a time jump to present day to find Paige working for the FBI or CIA. Not anymore. Now that Stan has his suspicions, the whole family tree will be tainted. Paige is all-in and committed to the cause, even if she doesn’t fully understand what she’s been misled into. Plus, Paige’s death would cause the most emotional damage to the leads.
- (odds of dying -- 2:1)

Henry -- Last we saw him he was heading back to school. Logically, he wouldn’t be back until Christmas and the summit happens in early December. Unless he gets into a car accident or catches a random puck to the skull, he’s safe.
- (odds of dying -- 30:1)
- (odds he still has that picture of Stan's ex-wife -- 2:1)

- (chances he gets a tyco track from Philip for Christmas -- 0%)

Renee -- If Renne buys it, it will likely fall under the category of collateral damage. But there’s still the possibility that she is a spy working for some nation (Israel?) and meets her end in a standoff with Stan.
- (odds of dying -- 12:1)

Aderholt -- Nobody in the FBI is a safe bet to survive. The fact that we’ve been shown Aderholt’s wife a young child several times this season doesn’t bode well for him.
- (odds of dying: 7:1)

Claudia -- If Claudia goes down, it’ll be as part of the cyanide brigade. Either that or high cholesterol due to all those olive oil shots.
- (odds of dying -- 20:1)

Oleg -- Everyone’s favorite GW foreign exchange student should be in the thick of things as Philip and Elizabeth collide with the FBI, Stan, and each other.
- (odds of dying -- 5:1)
- (odds of revolutionizing the Russian railway system -- 40:1) 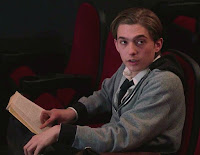 Jackson -- Mr. Rififi himself. A relatively new piece on the board, but when you get caught in Elizabeth’s orbit, you don’t last long.
- (odds of dying -- even)

Father Andrei -- One angle of Stan and Aderholt’s investigation involves tracking down Russian priests. This will lead to Father Andrei. Cyanide!
- (odds of dying -- 10:1) 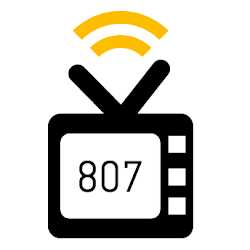